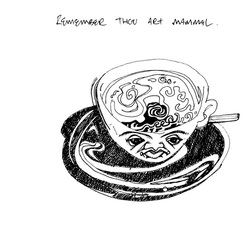 "MY SOMETIME FRIEND Belacqua enlivened the last phase of his solipsism, before he toed the line and began to relish the world, with the belief that the best thing he had to do was to move constantly from place to place. He did not know this conclusion had been gained, but that it was not thanks to his preferring one place to another he felt sure. He was pleased to think that he could give what he called the Furies the slip by merely setting himself in motion. But as for sites, one was as good as another, because they all disappeared as soon as he came to rest in them. The mere act of rising and going, irrespective of whence and whiter, did him good. That was so." …
DING-DONG (More Pricks than Kicks) Samuel Beckett

On the 8th of June 2012 my friend Steven Swinney, aka STEVE-X, was found dead, after he hung himself to a rope, on the stairway of that empty building once belonging to the Electrical Supply, in Mountjoy Square East, in Dublin.
We were used to rehearse there for the World Orchestra Mountjoy Square, the project I had started for that year with few international neighboring musicians.
We were allowed to use that building by the local association of residents, which owned it and was going to start restoration works.
I created and was producing it to facilitate intercultural exchange through music in the Inner City, and Steve was supporting me after I was on a wheel-chair, because of a road accident and we were neighbors, both part of that context.
Steve was a peculiar man, very discreet and gentle.
He had just passed by on the 30th of May, his 53rd birthday, and I asked him to blow a match, as only improvised candle, for celebrating it.
He had a strong interest in many matters, like literature, cinema, music, art, take away cafes and mostly walking.
Despite he was not apparently working, since when I met him in new years' eve 2004, and he was probably struck by a strong depression given to his sentimental past, he was tirelessly drawing on his note books.
He was also performing compulsory writing and keeping very detailed diaries of his life which the sister took away for reading after his death and who knows where they ended now.

Here above is the gallery of the drawings that I have saved after his death, from the despair of the relatives, who were ready to give all them away to the first comers, as they gave to charity all his own (and some mine) belongings.

I hope that his diaries will be kept safe and one day properly published, as I was used to read them and some important data are there to tell the direct story of someone trying to cope with depression all on his own, despite a dismissing and not careless system in high need of a change.
Many drawings are also gone around the city who knows where, I presume he was selling or giving some work somewhere to others, sometimes he may have destroyed work, as I understood by some of his statements during his scattered and rare conversations.
Hope that someone popping occasionally into this page one day, would remind of him and would contact me to tell if they own a draft or a sketch from Steve or if they know other details of his own life, so I can add the picture to his portfolio or to add a line in the drawing of his mysterious and multiple life.

These are some of the works.
More need to be added, including some bigger colour ones.
Steve was a great graphic artist, spending his days mostly walking around the city of Dublin, or, for the time he ended there, in Abbeyleix, spending most of the time on his own, walking and talking with passers by he never shared much with, apart amenities and their own rants.
Abbeyleix is a town in County Laois, an out of reach provincial place in the middle of the countryside, a place where the housing organization Respond dumped him in a pretty, but totally out of place, non socially functional, apartment, after he was stored for two years into the disgraceful and bad luck estate of High Park, in Grace park, Drumcondra, the same building and estate where many magdalenes were buried without names and the management was involved with the nuns of that previous horror context.

The story of his housing queues and diaspora is here mentioned beside to the extent of his depression and suicidal attempts, which were announced as soon as we started getting closer, from the first very start, because this is the unfortunate catalyst of our terrible and memorable years together, dominated by distress and bureaucracy hassles, all very simply avoidable hassles if happening in a less unpaired context.
These hassles are instead compulsory provocations citizens in need must bear by the Irish institutions, specifically the Dublin City Council's variously damaging departments, as - most of all - the housing departments, as torture treatments to state that the city is governed by landlords and against tenants and people who can't buy houses (or have other priorities in life).

We have been impaired and divided from the cultures we came from and the local ideologies, quite creepy, at the end, where you like to examine the whole situation in its details, me, fighting these institutions, he, hating them, but always submitting to their arbitrary and unhealthy solutions choosing the escape otherwise in better worlds, till a final passage.

Solution in this sense, as for all the other EU war countries and other international war countries, means to shut the problem down by elimination: dismissing, slandering, not answering the phone, transferring the person out of reach, producing emotional and family breaks, separating people.
All in the sole defense of the owners stateship, careless of the solution and welfare of the persons in demand.

1st August 2016
how many times have I been through this before
and every time I find an opening I lose the door
I've got to find it one day, my time will have to come
it'll be so good to feel the wind and see the summer sun
my body's dying slowly, so slowly piece by piece
my life has got a hold of me and it will not release
if only i could break away and lay myself to rest
I know that it's the cowards way but I think that it is best
LOWLIFE - COWARDS WAY
www.youtube.com/watch?v=AV7V60QykeI

NOTES FROM FRIENDS
Hamish (Graham Hamilton):
I should introduce myself. My name is Graham Hamilton; I'm often called Hamish and I'm a long time friend of Mr Swinney. I knew him from Bruce's record store, in the Cow Wynde Falkirk; where he worked and a big crowd would meet; we shared a flat in Bainsford for a time (next to the Church that played awful taped bell music on a Sunday); I was caretaker of Edinburgh Chess club and Steve would drop by sometimes and I'd usually meet up with Steve when I returned to the UK as I worked my way around the world. I liked Steve; he got me interested in a lot of music I would not have found otherwise; most certainly changed my perspective on the world and I miss him a lot. I'm not the only one, but it seems Steve decided one day to leave a previous life behind; start a new one, this is still a mystery to me.

The Cifelli's (Phil and Peter) are given the loudspeaker van for Camelon gala-day and sent to drum up business (clearly the organisers do not know them or their sense of humour) so early morning they head immediately to Bainsford, park outside Steve's house and start broadcasting .... Yes Steve Swinney is coming to Camelon gala-day! ... Steve Swinney!
Steve wakes up and tells me for a moment he seriously considered god might be talking to him.

The last time I saw Steve was when he, I, and his flatmates went to see an outdoor presentation of "Some like it Hot" in the Meadows, on a big screen ... it was festival time in Edinburgh; I was visiting from Surrey. It was a warm Summers evening, we were all in good spirits (red wine if I remember correctly), it was a great night. The next time I journeyed up from England, in December, the door of the flat (in quite a substantial house) was opened by the new owner and he had no forwarding addresses or news about where the previous tenants might have gone.